The back-to-back California trips in late 2014 stirred something in me in a giant redwood kind of way. The places, the people, the air, space, and great wide Pacific, the creatures, the light – all of it imprinted on me and wrapped itself around my center, around my soul. It impacted me from a thousand directions making it hard to put in words exactly how it then changed me.

There truly were a thousand perfect moments– but one in particular, in hindsight and after much consideration, was responsible for the seismic shift that changed my foundation, or, helped me find my new center. It was that half day I spent six miles offshore in the middle of Monterey Bay. I set out already knowing I was a “Blue Mind”, connected to the ocean in some special way. But I’d never really tested it beyond more gentle shores.

There I found myself cruising along; up and down at the bow in a ten-foot swell, while most others were hurling breakfast off the stern. And there I confirmed I was more than at home in that space with no horizon. Granted, I was experiencing one of the planet’s greatest natural treasures, an ecosystem nearly destroyed in the 19th and 20th centuries but ultimately saved and now thriving with abundant sea life. In that moment I couldn’t help but consider today’s environmental crises with such visible symptoms like shrinking polar caps, and the insane and unusual weather patterns across the globe which are only two of the many indicators of earth’s current peril. Looking over the boat’s rail I knew that beneath thriving Monterey Bay are clear, alarming, and present signs of change that may not be possible to reverse this time.

On one hand, all of the beautiful moments I experienced in California, like seeing the Bay’s breaching whales for the first time, further spurred a drive in me for more adventure. It’s also making me look differently, or more closely, at the forces working against what makes our planet beautiful and amazing. I’m thinking more about California’s drought-ridden farm valleys we saw driving up the I-5. I’m thinking more about those humpback and gray whales I saw in December-long past the time for those whales to be passing through. And at this very moment a year later, in the same area, whales are even more prevalent because of the Blob that is the freakishly warm Pacific coast waters. I’m thinking about the storm that brought the gigantic 12.20 Mavericks wave that in its own way is also indicative of global change, and at the very least was the opening chapter of the Godzilla El Nino currently writing Al Roker’s weather forecasts. Recently, Hurricane Joaquin stayed mostly off our coast but its power punched the conflicting high and low pressure systems on the eastern seaboard resulting in an oak tree slamming down on my house, and even worse, massive flooding at the center of South Carolina.

Beyond the environment, with my new center, the callousness and greed of humans is more glaring. This summer it felt as if the time between my surfing highs were filled with the unjust, the heartbreaking, and waste. I was in Charleston two days after a hate-filled Dylann Roof gunned down the beautiful souls that are the Emanuel 9. This was followed by the heinous slaughtering of a glorious, protected (and endangered) lion named Cecil, a trophy kill just for his head – at the hands of an American dentist. The weather served to underscore these tragedies with periods of strange, ridiculously hard rainfall, but little thunder and lightning to go with it – loud and silent at the same time. Social media is filled with pictures coming in from all over the world of things like bleached, dying coral beds, emaciated polar bears, 35,000 beached walruses in Alaska, and large numbers of abandoned seal pups in Southern California. I tried doing my part with a smart, efficient, environmentally friendly VW Jetta TDI. Ha, right. The news that capped off my summer was that Volkswagen installed cheat devices in their diesel systems so that emissions levels were not correctly detected. Now my little bit to help the planet is a big, fat farce.

At my favorite time of year this collection of worries eerily followed me around like a proverbial black cloud – likely filled with toxic rain created by my own car.

Don’t get me wrong. I’m not a doomsday sort of soul. I lay all of this out as a reminder that my yang is always balanced with my happy yin, and that both work in harmony, creating passion, the necessary ingredient for moving us to action – be that adventure, activism, or both. 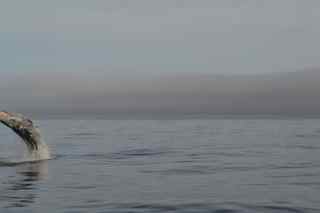 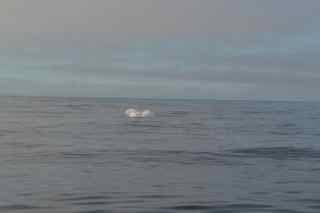 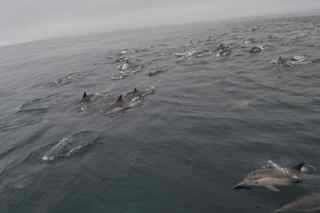